"They shoot horses" by Phil Collins is a two screen, seven hour video installation depicting a disco dance marathon. The artist auditioned for participants in Ramallah, Palestine, and filmed two separate groups of young people dancing throughout the course of a working day, without any breaks.

DV4 had worked with Phil Collins on some of his previous projects and he asked us to work on the production of "They Shoot Horses", his most ambitious project to date. We solved the major technical challenge of synchronising two video streams and maintaining that syhnchronisation over seven hours. DV4 edited and encoded 14 hours of video for the project. Working closely with the artist, we transferred his content from over 50 DV tapes to hard disk and produced the edit that was first shown at the Kerlin Gallery in Dublin and has been shown since at the Tate Modern in London. The final result was the fruit of a close collaboration between artist and technologist, helping the artist to achieve his vision of how his work should be presented.

Phil Collins has had solo exhibitions at various venues in Ireland, Britain, the USA, Spain, Denmark, Italy, Greece and Israel. He was included in Manifesta 3,2000, The Tirana Biennial 2001, Reality Check, 2002, and Witness, 2003 at the Barbican Centre, London. He was awarded the Absolut Prize for his contribution to Perspective 2000 in Belfast, and in 2001 received the Paul Hamlyn Award. His video "Baghdad Screentests" was shown every evening in the centre of Dublin throughout the recent assault on Iraq and and in ArtNow Lightbox at Tate Britain. His first bookwork "I only want you to love me" was recently published as part of the Brighton Photo Biennial. Forthcoming shows include "Romantic Detachment" at PS1, New York and Diaporama 04, Barcelona. Collins is represented in many public and private collections in Europe and the US including that of the Irish Museum of Modern Art, the Tate Gallery, London, and the REFCO photography collection in Chicago.

In May 2006, Phil Collins was nominated for the Turner Prize for this and other work. 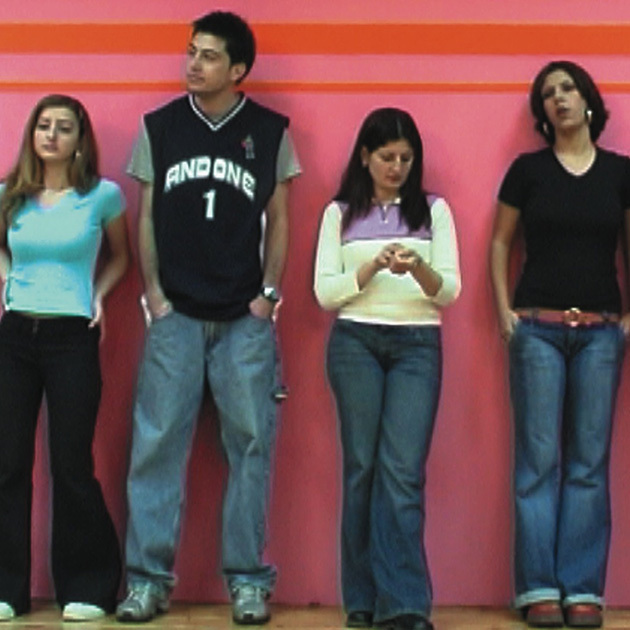