With the launch of Sonarstate, Carl Cox, Col Hamilton, Johnny Moy, John Reynolds and Rick Salmon of Sony Music attended what they identified, even then, as a significant day for Irish dance music. We were privileged, too, that the event was hosted by Uaneen Fitzsimons. Little did we know that Uaneen would not be with us today.

Speakerboy emerged from his reclusive existence to challenge Irish dance culture to produce the goods and upload their music to www.sonarstate.com. And upload they did. Over the ensuing 8 weeks, entries rolled in as remarkable for their quality as their quantity. By the time entries closed 110 acts had made the grade required to have their music streamed from www.sonarstate.com and included in the playlist of Radio Free Sonarstate, a continuous MP3 radio station emanating from Sonarstate.

Sony's A&R team was overwhelmed. The review of the 282 tracks entered took a whole week longer than expected. Even then, they could not whittle the list down to three finalists, as was the original plan. No - they wanted to hear seven of the acts play live before making their decision.

An exciting few weeks then began for FactorX, Freakfunk, John Lawless, Specimen, Stockholm City and Straker. The seventh finalist, Kyproject, had high-tailed it to Australia for a year. With the winner getting to support the likes of Judge Jules and Timo Maas at a Gatecrasher event in Dublin's 7,000-capacity Point Theatre, before going on to play Homelands, getting the live show right was essential. Straker, FactorX and Freakfunk warmed up with some great live gigs at The Kitchen. By now, Sonarstate was really building a head of steam, with press and TV coverage - including MTV and TG4's Rianta. John Power was featuring Sonarstate artists on his 2FM show and Hot Press reviewed the finalists tracks as an album (they thought it was too good to be reviewed as a demo) and awarded it 9 out of 12 (Jennifer Lopez got 7, for what it's worth).

The finalists gathered for sound checks before lunch time at The RedBox. That done, the invited audience of friends, press and others, and judges - Graham Ball and Tina Arena (Sony), Johnny Moy, Mick O'Keefe (Mean Fiddler), John Power (2FM) - were treated to two hours of fresh dance music, that showed what Ireland has to offer in this oft-neglected genre.

But it was FactorX that was to end the day as Sonarstate winners. Not that there was any time to let it all sink in. It was straight off to The Point to set up for their chance to unleash themselves on Ireland's dance public. 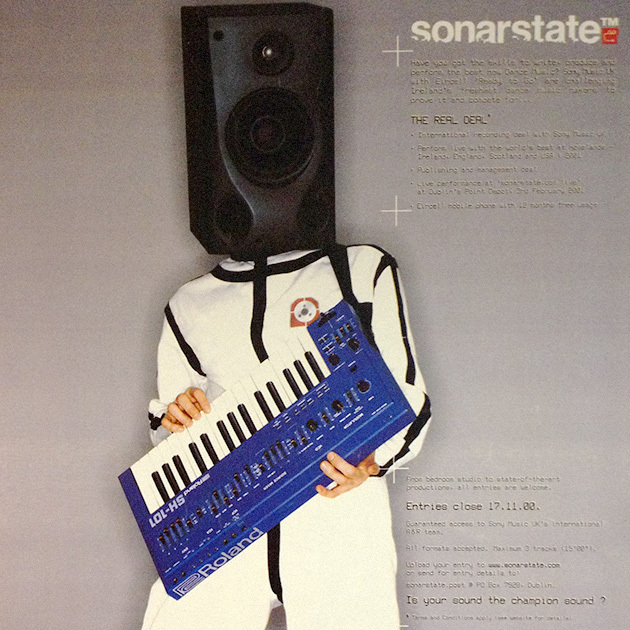